Have you heard about the new Diana Peterfreund series?

The much beloved (especially by me) author of Secret Society Girl series is due to release the first book of a new series of romance novels. The catch here is that she is releasing these books under the romance-writing alter ego Viv Daniels. It would be interesting to find out how she came up with this name.

This first book--entitled One and Only--will be about a girl named Tess McMann as she tries to navigate life and love at the prestigious Canton University.

Here is a snippet:

One night they can’t forget…Tess McMann lives her life according to the secrets she’s sworn to keep: the father who won’t acknowledge her, the sister who doesn’t know she exists, and the mother who’s content playing mistress to a prominent businessman. When she meets distractingly cute Dylan Kingsley at a prestigious summer program and falls in love, Tess allows herself to imagine a life beyond these secrets.  But when summer ends, so does their relationship — Dylan heads off to Canton College while Tess enrolls at the state university.One love they can’t ignore…Two years later, a scholarship brings Tess to Canton and back into Dylan’s life.  Their attraction is as strong as ever, but Dylan has a girlfriend…who also happens to be Tess’s legitimate half-sister.  Tess refuses to follow in her mother’s footsteps, which leaves her only one choice: break the rules she’s always followed, or allow Dylan to slip away for a second time.…And only one chance to get things right.

Email ThisBlogThis!Share to TwitterShare to FacebookShare to Pinterest
Labels: Diana Peterfreund, One and Only, Secret Society Girl Series, Viv Daniels

It's been a little over a week and I'm still thinking about "Moon Called." It seems this book has really worked it's wolfy magic on me and I'm truly all over this Alpha & Omega series! I've decided it's time to put some faces on these characters. In though, it's not a difficult callback since the series' graphic novelization provides great visual cues. 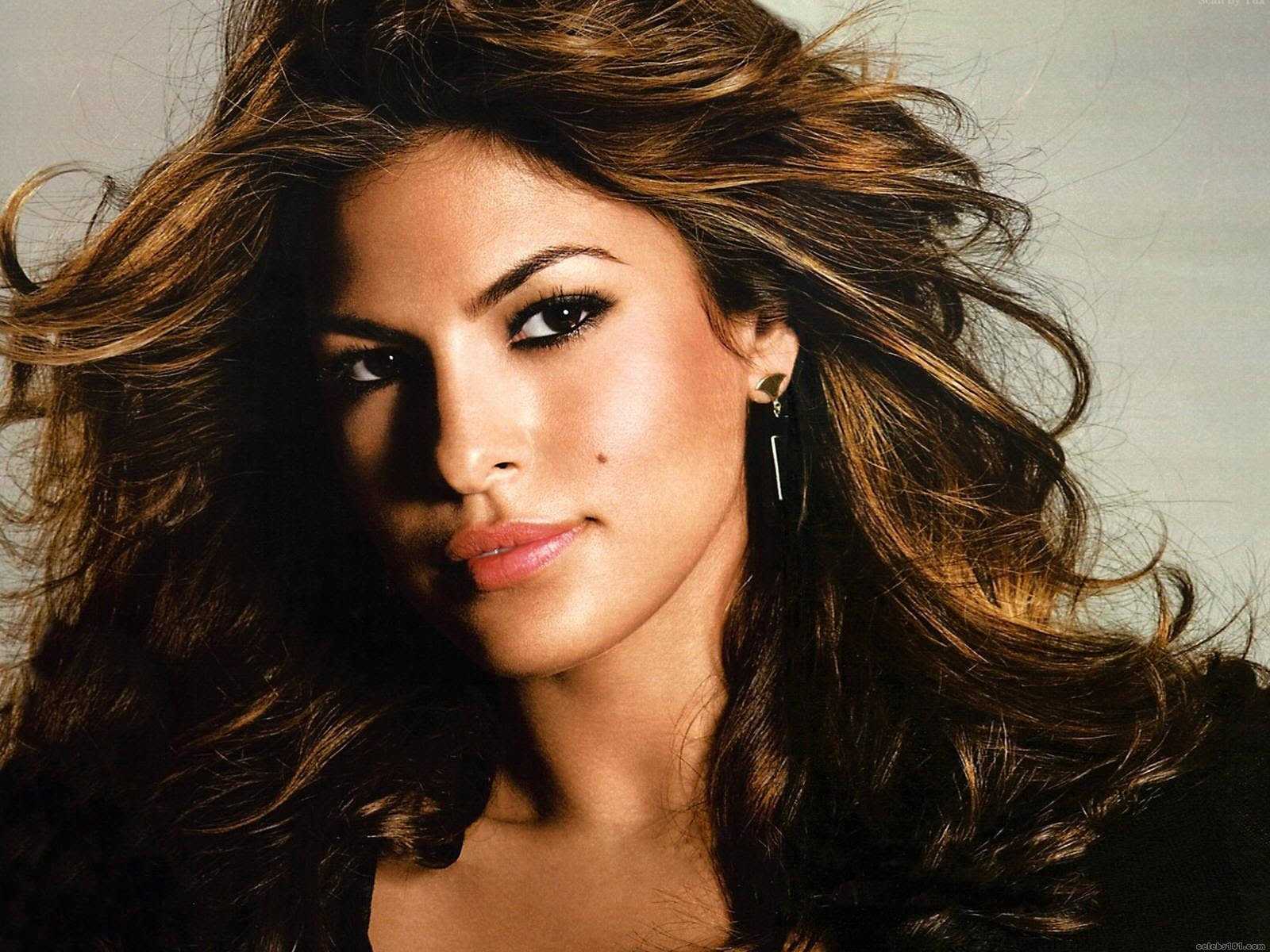 Mercedes (Mercy) Thompson: Half human, half coyote, Mercy has a mysterious background that's at least part Native American. She is also a car mechanic by trade, so she has some tough-chic undertones to her.

Casting Callback: Eva Mendes
This actor has grown on me. I think she can be a great Mercy. Eva Mendes's beautiful dark features will work well for this role. She will make a sizzling car mechanic/coyote. I mean, what guy (or wolf) won't be happy to have her inspect his car, hmmm? 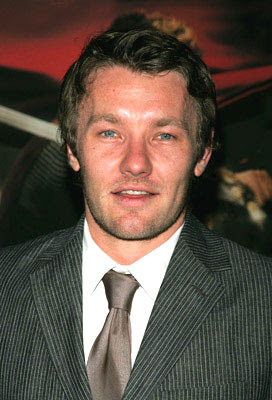 Adam Hauptman: Adam is the attractive and grounded alpha male of the local werewolves pack. He has a calm disposition, but his temper can flare if adequately provoked. He is a divorcee with a teenage daughter.

Casting Callback: Joel Edgerton
I don't know what it is about Joel Edgerton, but he just exudes calmness and trustworthiness. I think it might have something to do with his blue eyes and friendly face. I really like him for Adam. 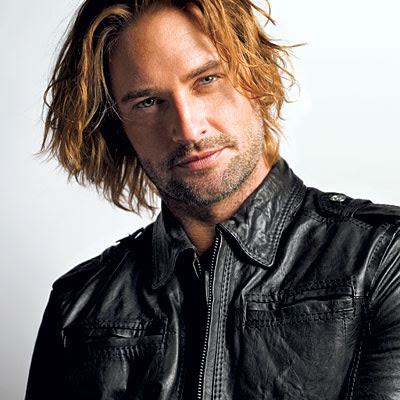 Samuel Cornick: Sam is a 200+ year old werewolf that once courted Mercy. Then broke her heart, big time! He is a medical doctor by trade, a characteristic indicative of how well he can control his inner wolf. Looks-wise, he is chiseled but a little less attractive than Adam. In the book, his chemistry with Mercy is almost palpable.

Casting Callback: Josh Holloway
I have nothing much to say about this. I loved Josh Holloway when he played Sawyer in Lost and I just think he will be great in a werewolf role. I also wouldn't mind seeing him square it off with Adam for Mercy's attention.

Mac: Mac is the teenage boy Mercy decided to take on as her assistant in the car shop. He is homeless and looks rather disheveled and scrawny. Mostly though, he is very scared since he is a newly converted werewolf, whose uncontrollable transformations are simply frightening.

Casting Callback: Eddie Redmayne. This actor will be perfect in portraying a homeless and disheveled young teenager who is afraid everything, even himself.

Film adaptations of popular books is a tricky thing: most seem to fall a little short of the mark in matching the magic created in the book. But sometimes, some do strike it just right. Here are a couple of book-to-film adaptations I'm planning to see this month.


I read City of Bones a while back. I remember liking it, but not loving it (3/5 stars on my Goodreads account). It's a paranormal YA novel about a girl named Clary Fray who starts seeing events and people that none of her friends seem to be able to see. With the help of a heartthrob named Jace, she learns that she has gained the Sight, and that these invisible beings are a league of demon-fighters called Shadowhunters.

This trailer looks great! The actors cast as Clary and Jace are pretty close to the images I had of these characters in my head. I'm also thrilled by the big names playing all those supporting roles: Robert Sheehan, Lena Headly, CCH Punder, Aidan Turner. Yup, I'm really looking forward to catching this when it comes out.

I haven't read The Spectacular Now, but this story has been building up some hype ever since the movie adaptation got announced. The trailer seems really promising and it's also nice to get a break from supernatural beings and delve into what seems like a more realistic and rather mature YA drama. I kinda just want to read this book right now, actually.


I'm curious about your take on books vs. ebook vs. library books.

I have this kindle and it is currently my number one choice when it comes to reading books. I like it because it's lightweight, it gives me lots of book options on the go, its battery life is amazing, and since everything is transmitted wirelessly, it lets me get my books at the snap of a finger. Another good thing about my kindle is that it's backlight allows me to read in a dark room, which makes reading before bed a lot less disturbing when sharing a bed with someone.

But I'm a recent convert. Although I don't necessarily like owning a lot of books, I think a well-curated bookshelf--even if it's small--says a lot about a person! I've also discovered that books with pictures in them translate poorly on the black and white kindle screen format, and that's just unfortunate.

I also enjoy my library visits, even though they have sadly become increasingly infrequent. I love the browsing process, which is much nicer at the library than at the bookstore because  you can always tell how good a book is by how creased it's spine is with use.

I know this is probably a really old topic, but I'm still curious: how do you like to read your books? 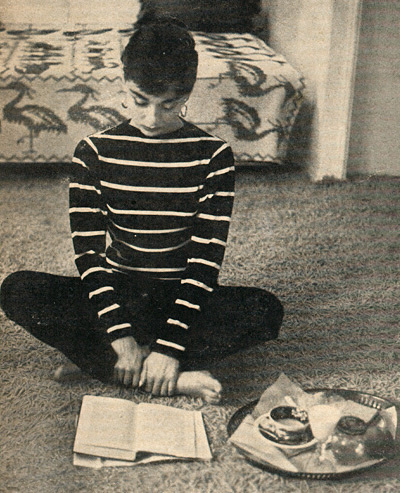 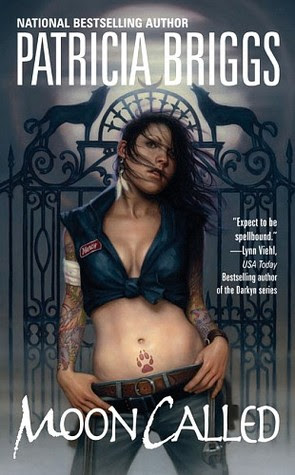 Ever since the whole vampire hype overwhelmed readers everywhere (and subsequently died down after the nightmare that were those Twilight movies), I've been staying away from werewolves and vampires and fantastical creatures in general. The only books that prevented me from a fully clean break were Justin Cronin's "The Passage" and Christopher Moore's "Bloodsucking Fiends" (both of which were pretty stellar, should you want to give them a try). Then, just last week, I succumbed once again and started reading the first book of Patricia Brigg's Mercy Thompson series. It's called Moon Called and I think everyone but me has already read it by now. I don't mind though; the beauty of starting a series later than everybody else is that you don't have to wait for the next book to come out. In this case, I have about six follow-ups that have already been published and are awaiting me. That's a lot to look forward to!

Moon Called is narrated by a woman named Mercy Thompson. She is a car mechanic by trade and a shapeshifter by birth. The shapes she shifts back and forth from are that of a human and a coyote. This means basically two things: one is that she is very sensitive to smells, sights and emotions and generally relies heavily on instinctual cues, and the second is that she leads a rather exciting life. Her supernatural nature also gives her paramount contact with all sorts of supernatural beings, and where vampires, werewolves and witches tread, lots of interesting things tend to happen! In the case of where the story of Moon Called picks up, Mercy's next door neighbor Adam (who doubles as a local werewolf pack Alpha and also a potential love interest) has been attacked by an unknown group of werewolves. Since Mercy is that one that discovers Adam after the attack, she takes it upon herself to find out what caused the attack and who was behind it. To do this, she must recruit help from members of the benevolent pack of werewolves that raised her. But anytime anyone starts meddling with their past, a lot more than what they anticipated tends to surface. Thus, besides having to navigate through werewolf pack politics, Mercy must also face Sam, the 200+ year old werewolf she once loved and then left behind, before she can start solve the mystery of what provoked Adam's attackers.

What's really good about this book is the pull it has on a reader. Mercy's voice has a very attractive quality to it; everything she talks about--no matter how unbelievable and unnatural it may be--is done in a matter-of-fact fashion. She is not star-struck with all the supernatural beings around her but instead manipulates situations in her favor; even though her ranking (as a coyote) is rather low on the supernatural totem pole, she manages to pull her own by using her instincts and her smarts. As far as female heroines go, Mercy is high up there.

Another attractive quality to this book is Briggs's ability to infuse rich character backgrounds. The history of werewolves is explained very effectively here. At times, I forgot I was reading fiction and caught myself thinking how cool it would be if the History Channel did a doc on these werewolves.

Something that may be a little dismaying, but which didn't bother me too much, was how slow-buring the romantic aspect of the story was. Briggs builds up a love triangle between Sam, Adam and Mercy. Unfortunately, not a lot of progress is made in Mercy's decision between the two wolves. The one comfort a reader may have is that some sort of resulution must come about in the six books that follow this one in the series. Personally, I'm not a fan of a lot of back and forth between two characters, so even if Mercy's progress in the relationship department continues to be molasses-slow, I don't think I'll complain.

Christy, Daniela, Erin, and Janelle: just a foursome who love to read and, after many a heated discussion about things like who Stephanie Plum should end up with: Morelli or Ranger, decided to channel their literary snits in a more positive direction. Hopefully we'll recommend some good books and save you from suffering through the bad.

Books Based on Rating