I was having a British movie marathon a week ago when I realized Gail Carriger's awesome series needed to be my next Casting Call Friday selection.  This is a series that's just begging to be on the big screen (or small, a TV series would actually be preferable—that way they'll be on my screen every week).  I've spent too much time thinking about this cast already so here goes...

First, a summary (via Goodreads): Alexia Tarabotti is laboring under a great many social tribulations. First, she has no soul. Second, she's a spinster whose father is both Italian and dead. Third, she was rudely attacked by a vampire, breaking all standards of social etiquette.

Where to go from there? From bad to worse apparently, for Alexia accidentally kills the vampire -- and then the appalling Lord Maccon (loud, messy, gorgeous, and werewolf) is sent by Queen Victoria to investigate.

With unexpected vampires appearing and expected vampires disappearing, everyone seems to believe Alexia responsible. Can she figure out what is actually happening to London's high society? Will her soulless ability to negate supernatural powers prove useful or just plain embarrassing? Finally, who is the real enemy, and do they have treacle tart?

Now for the cast:

Alexia Tarabotti
Alexia, despite not having a soul, is opinionated, resourceful, and clever.  She's generally pretty blunt and no-nonsense.  She's described as having slightly curly black hair, a tan, coffee-like skin tone and a nose that might be a tad large.  She's curvy and tall (both very out of fashion in Victorian England), and looks very Italian (also out of fashion).

Cast: Emily Blunt
Now, I know Alexia is darker complected, but I think Emily Blunt could perfectly pull off Alexia's smart dialogue, witty exchanges with Lord Akeldama, and the withering looks she throws Lord Maccon's way.  She's the right age for Alexia, who's a spinster at 25.  She can be fiesty when she wants to be, demure when it calls for it, and has the perfect haughty look of disdain when people deserve it.  She's a woman you'd probably underestimate, but would never want to cross. 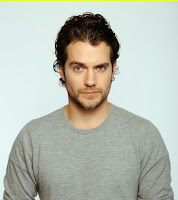 Lord Conall Maccon, Earl of Woolsey
Lord Maccon is the alpha of the Woolsey pack and head of the Bureau of Unnatural Registry.  He's loud, brash, and emotional.  He's got little patience for Alexia's meddling and penchant for being in the wrong place at the wrong time.  He's large with dark hair and tawny eyes.  He's used to being in charge, no questions asked, and Alexia has a tendency to ask questions...


Cast: Henry Cavill
I went back and forth on this one.  Lord Maccon could be cast older by someone like Richard Armitage (who would be good, but is a little too emo in my opinion), but I think Henry Cavill just IS Lord Maccon to me.  If you've seen him in the first season of The Tudors you know he's got the confidence and attitude for Lord Maccon.  Plus, he's got this wolfish smile that is just...guh.  (Seriously, it was hard to just post one picture of Henry Cavill as evidence that he'd be a great Lord Maccon...also, I might be slightly obsessed with the guy.)

Professor Lyall
Lyall is Lord Maccon's much put-upon beta.  He's cool, calm, and collected in every situation, not to mention always has a perfectly tied cravat.  He's Lord Maccon's voice of reason and is there to balance out the hot-headed werewolf.  He's also the inventor of the soon-to-be-in-every-home glassicals.  He's got sandy colored hair and is smaller than most of his fellow werewolves.

Cast: Simon Woods
I will admit, David Wendam was in my head for Lyall when I was reading these books, but since I've gone younger with Lord Maccon I feel like I need to re-think Lyall.  I toyed with the idea of Rupert Friend (why, yes, Young Victoria was a part of my British movie marathon. Why do you ask?), but I think Simon Woods would do a good job.  He's got a lot of range.  I've seen him play silly (Pride and Prejudice, Penelope), evil (Rome), and a general nice guy next door (Cranford).  I think he could be a good straight man to Lord Maccon's more blustering character.

Ivy Hisselpenny
Ivy is Alexia's best friend and the owner of a gaggle of silly hats.  She's a generally cheerful girl, who always looks on the bright side of things and usually up on all the latest gossip. She tries her hardest (along with Alexia's mother) to keep Alexia from scandal and reminds her that, despite what she might think, there are society rules they must follow. She's more delicate than Alexia, but she's a loyal friend and smarter than anyone gives her credit for.  She's got dark curly hair and dark eyes.


Cast: Felicity Jones
Felicity Jones has the right look and sweetness to pull off Ivy.  She was great as the naive, adorable Catherine Moreland in Northanger Abbey.  She'd be a great foil for Emily Blunt and give her a little, well, soul, which Alexia needs sometimes.

Lord Akeldama
Lord Akeldama is probably Alexia's closest friend, despite his undead status.  The vampire has a network of society dandies that rival any spy network on the planet.  He always know everything about everyone probably before even they know it.  He dresses outrageous and is seem by some (many of them his fellow vampires) as a silly buffoon, but Lord Akeldama is quite clever and cunning.

Cast: Cillian Murphy
Now, some of my fellow bloggers might call Cillian Murphy "a creeper" (cough, Janelle, cough), but I'm a huge fan of his and think he'd be a great Lord Akeldama.  If you've seen Breakfast on Pluto you know he's up for anything and brings a nice gravity and sensitivity to all his characters, yet there can be a dangerous undercurrent to his roles that would perfectly suit the vampire dandy.

Christy, Daniela, Erin, and Janelle: just a foursome who love to read and, after many a heated discussion about things like who Stephanie Plum should end up with: Morelli or Ranger, decided to channel their literary snits in a more positive direction. Hopefully we'll recommend some good books and save you from suffering through the bad.

Books Based on Rating